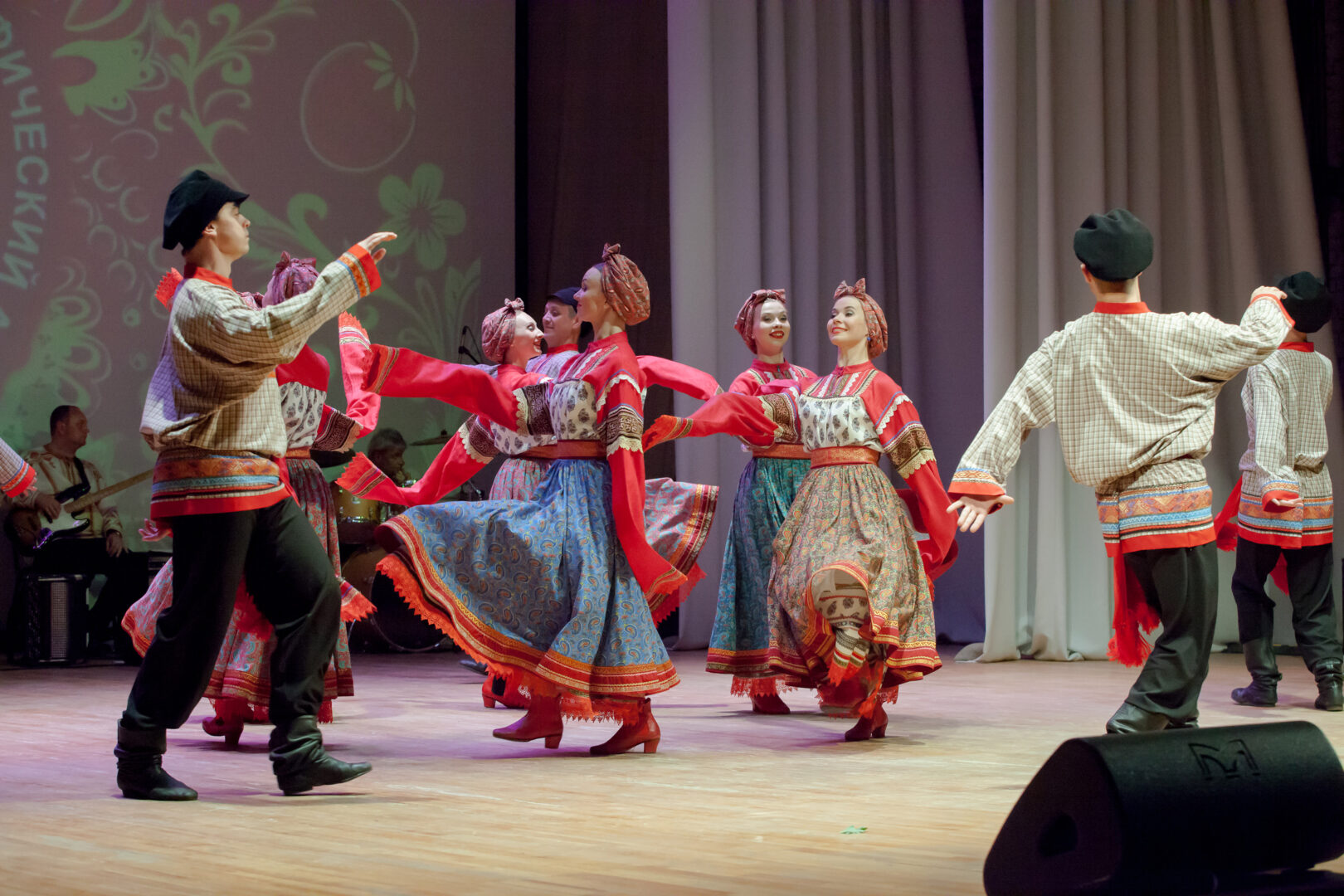 “Artistic folklore at the highest level… The stage design, the dances and songs of ‘Old Russian Christmas’ hit the mark … Beguiling voices and movements … this production stands out for its high level of professionalism.”  (Frankfurter Allgemeine)

Centuries-old heritage, hymns to the Mother of God, but also pagan rituals and traditions from different regions of Russia, presented in dances and songs. 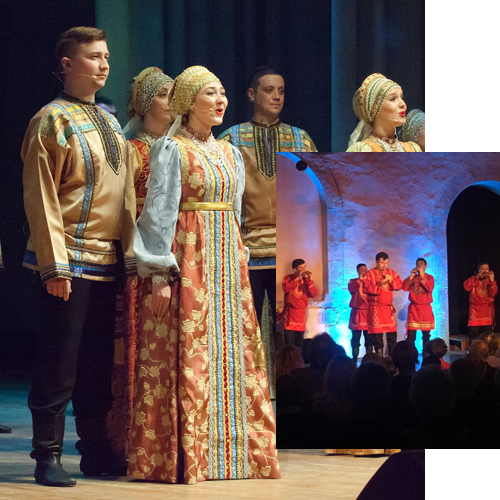 About Dance and Vocal Ensemble RUS

Christmas in Russia means dance, song, exuberant celebrations and joy, but also contemplation and stillness before the arrival of the Saviour. Outside, the snow is falling, and in the candle-decked churches and small villages, music rich in tradition resounds. With soulful songs and instrumental play, the ensemble conveys the ancient art without false sentiment.

For 35 years, the ensemble has been embodying Russian folk art and music through dance, song and their virtuoso playing on original instruments. The high quality of the artists in all these areas gives RUS a versatility that is second to none.

The ensemble comes from Vladimir, about 200 km north-east of Moscow, and takes its name from this city of the “Golden Ring”, which was first mentioned in 993. In its heyday in the 13th century, it was the political, economic, cultural and religious centre of Russia; as the seat of the Grand Duke, Vladimir was even the capital of Russia between 1200 and 1250. Here, the characteristic features of the old Russian folk culture developed. Even today, numerous magnificent churches and monuments bear witness to the city’s great past.

RUS was a participant in the cultural programme of the Olympic Games in Moscow. In addition to numerous performances in Russia, guest performances followed throughout Europe and Libya with phenomenal success. As the only ensemble of its kind in Russia, the members are trained at their own school, where only the best artists are admitted.