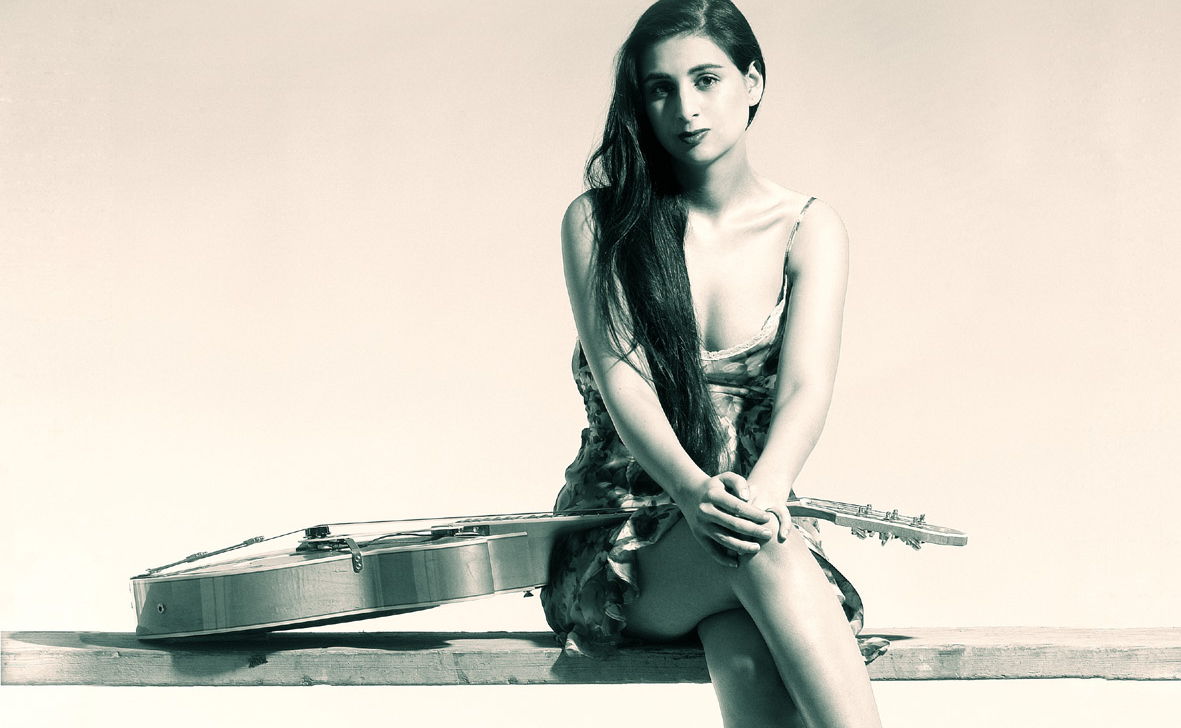 “She pays tribute to Charlie Chaplin with his composition ‘Swing Little Girl’, whose unclear origin was the driving force behind the album title. A strong record that exudes a lot of musical self-confidence.” (Good Times, Feb/März 2019)

A “delectation” according to Fredi Hallauer with “ambition and attitude” (Mittelbayerische).
A magical Chaplin piece, original compositions and pieces by Django Reinhardt, John Piazzarelli and Djavan. 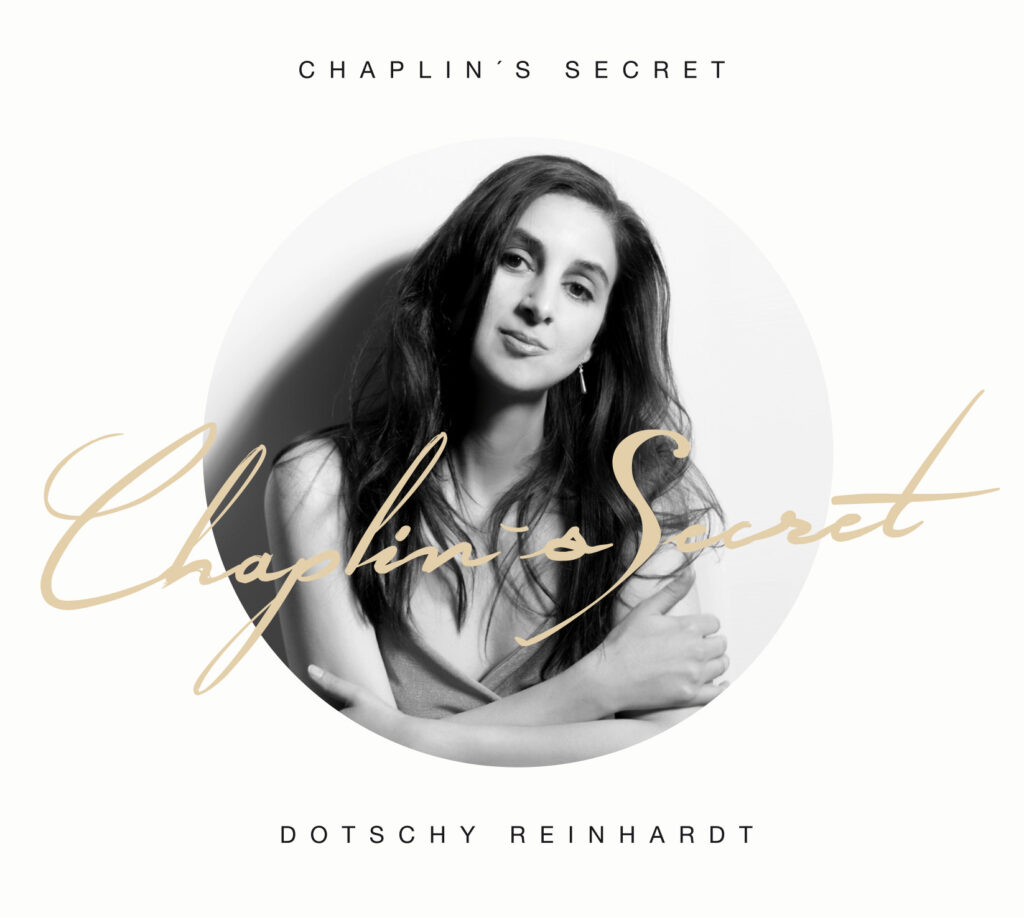 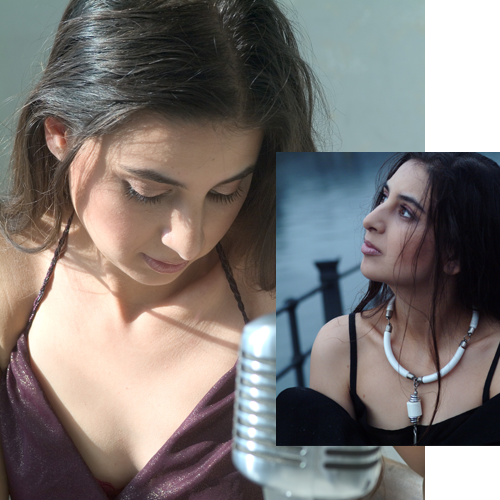 Singer, author, Sinte and chairwoman of the Landesrat der Roma und Sinti: Dotschy Reinhardt simply refuses to be put into a box. Between Hot Club de France nostalgia and finding her own voice, between campfire romanticism and great jazz virtuosity, she has managed to carve a niche for herself, a new identity of all-embracing creativity regardless of politics and the past.

With her debut album “Sprinkled Eyes”, released in 2006 (Galileo), Dotschy Reinhardt presented her bold yet wonderfully intimate idea of what it means to be Sinte, an artist of the Sinti people, in the 21st century. Reinhardt – this name causes ripples in the international music scene; it is a blessing and a curse at the same time. How can a young woman, endowed with this great family name, free herself from the over-father Django without rebelling against his legacy?

To do so, she needed to break with the southern German idyll of her birthplace Ravensburg: “I grew up in Berlin,” she reflects. “Coping with this big city, with all its oppositions, gave me self-confidence. And because of the wonderful musicians here, it felt like becoming a part of a new family.” In Berlin, Dotschy finds her own voice, initially through the program “Django The Composer”, which sheds a new light on the doyen of Sinti music. Finally, she forms a multinational quintet with long-time friend and violinist Uli Bartel and pianist Christian von der Goltz. Russian guitarist Alexej Wagner, Canadian bassist Scott White and Brazilian Armando Chuh (percussion) join shortly after. With these comrades-in-arms, and an almost magical mutual understanding, she can finally put her heart and her ideas into song.

Literature is another important source of inspiration for the young artist. Her passion for M. Proust, J. Cocteau, R. Radiguet, the greats of French literature, reflects her appreciation for the poetry of everyday life. This sensitivity is ever so visible in her lyrics. She knows every facet of the “Young Man At The Bar”, whom she described in one of her songs: “My songs only ever tell stories that I carry in and with me; the people who appear in them are real life encounters. Honesty is one of the most important elements in my music. […] Songwriting helps me to express myself in a way that only music allows. The symbiosis of lyrics and music is my personal language.”

After the great success of “Sprinkled Eyes”, sung almost entirely in the Sinti language Romany, her album “Suni” followed in 2008. The same year, her biography “Gipsy: Die Geschichte einer großen Sinti-Familie” (Fischer Verlage/Scherz, Frankfurt am Main) was published, giving Dotschy, as a young representative of a great dynasty of musicians, the chance to recount the fate of her family, their culture, their people and their music. She describes the journey of her own life, from a little girl singing pious songs in a Sinti mission tent to a celebrated singer in the most famous European jazz clubs. Her second book, “Everybody’s Gypsy: Pop Culture between Exclusion and Respect”, explores the question of why Roma, including German Sinti, are still discriminated against, criminalised and stereotyped.

Her latest project brings her back to music. The album “Chaplin’s Secret” was released in 2018, the title an allusion to a legendary episode in Charlie Chaplin’s life, according to which he may have had Sinti or Roma roots. The album features a magical Chaplin piece – “Swing Little Girl” – as well as original compositions and pieces by Django Reinhardt (“Django’s Tiger”), John Pizzarelli (“Da Vinci’s Eyes”) and Djavan (“Carnaval No Rio”). Jazzthetik speaks highly of the album: “All in all, a varied, wonderfully relaxed album with topical and strong political statements.” The perfect summary of Dotschy Reinhardt’s  entire work, we think!